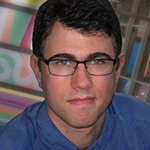 Hello! I'm Bryan. I've worked in design and marketing for over 20 years. I am currently based in Atlanta, providing freelance design and consultation for individuals, startups and corporations.

Do you have an interesting project or opportunity? I'd love to hear from you. Drop me a note here:

My resume can be viewed below.

Designed and executed the company's brand and visual identity across marketing/sales plans. Developed the application front-end and maintained the UI/UX standard throughout.

References are available at your request.